Are We Doomed In The UK?

The UK is facing the biggest fall in living standards, down to the government’s actions.

As you can imagine – its going to take some time to recover!

How did the UK get to be in this position and what does the future look like for the UK?

Here I will go into detail what happened and I will also let you know how to recover faster than everyone else. 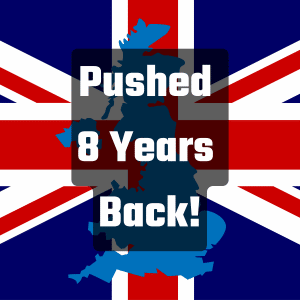 This may get a little complicated – so stick with me. I’m going to explain it all, just as I understand it.

It all boils down to the RHDI which stands for the Real Household disposable Income.

Which is used to measure the living standards of people living in a country.

4.3% may seem like a small number, but it’s the biggest fall since 1956 – which was when they started to track the living standards.

Its not predicted to increase for at least 2 years after that.

This long term decrease has happened before in 2008 but not as much.

In effect its like turning back time to 2013 to how the standard of living was back then.

Losing 8 years of the economy growth.

The bank of England has released a statement expecting the longest recession the UK has ever seen.

What about the rest of the world? The UK being one of the big players as the 6th largest economy in the world behind –

UK cant be the only one in trouble with living standards right now?

The UK has always been know as expensive, with how much it costs to own a  property in the middle of London.

The pound sterling has always been pretty strong against other currencies all over the world.

Has been in the past! Currently its became a lot weaker.

In the nest 2 years its predicted that 500,000 people will lose their jobs. Then the people who do actually have a job, the income wont stretch as far as it used to.

With less people buying less houses the value of property will also come down.

This could be seen as a good thing for people who can afford the interest rates that have also gone up on barrowing.

But this is why the RHDI (Real Household disposable Income) is going down, because the income people with a job do earn – its buying them a lot less, pushing the living standards down.

To fight the rising cost of inflation in the UK, the Bank Of England raised its interest rate from 0.75% TO 3% – The biggest rise in 33 years.

So how did the UK get to be in this terrible situation?

Its no surprise it has something to do with Brexit, the UK voted to exit the European union.

The EU or European union was formed in 1992 that was an agreement between countries, so that they can all trade with each other without expensive taxes.

Also to let each other travel in the Europe without and special visas.

In addition the euro was born. Witch gave the European union stability in the financial markets.

However the UK decided to opt out of the euro currency to be completely independent.

With what happened in Greece in 2009, this proved to be a good move.

When the UK existed the European union it made it a lot more expensive for the UK to do business.

This is another reason the pound sterling is becoming weaker due to instability in the market.

Not Only Brexit To Blame For the Decline

Another reason is due to Liz Truss announcement out of nowhere that the UK was going to cut taxes on the rich!

No explanation on how the plan was going to work or be funded to benefit the UK economy.

Costing the government Liz was in charge of, £45 billion.

The banks saw this as a crazy move and hiked up interest rates to cover themselves.

When the Prime – minister of the UK realized it wasn’t a good idea, there was no other option but to quit.

Breaking a 300 year old record of the shortest time serving the UK government.

What Are YOU Going To Do To Improve Your Living Standards?

Inflation and the UK economy is in a terrible state right now.

So how are you going to make sure it has less of an impact on you?

By working on a business that can operate worldwide internationally!

This isn’t investing 1000 of pounds in foreign currencies or real estate in the US.

Its building an online business through the power of the internet in order to sell products to customers world wide in every economy.

When you rely on the UK economy to get better, it may take around 2 years before we see any real growth.

This can be initially started as a side hustle and easily grow into a full time job.

Instead of detailing all the opportunities here, I have a community online where there is a number of guides that will help you get started. 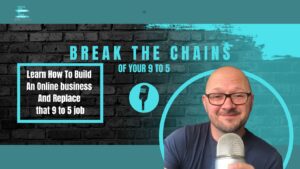 Head over the Break The Chains Group on Facebook or go to www.breakthechains.uk/listen to get an invite.

You could hang tight and sit around waiting or give yourself a head start.