Why Have The Worldwide Governments Got Into This Mess?

Who makes all the decisions all over the world? When every person needs help with energy bills, somebody is to blame for getting in this position in the first place.

The government continue to make a mess of things.

Not just over in the UK too. It’s a world wide problem.

How will this effect us – The tax payer.

The whole world is heading into recession, why?

Lets start with the UK.

Being in the UK myself and knowing some of the people who have to choose between eating or heating there home….

How did we get here? Who is to blame?

Is it Putin for starting the war?

Or the UK people wanting us to exit the European union? 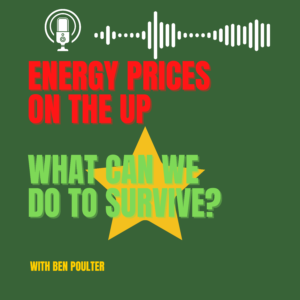 Both of them and more. But who was in charge of all this? Who can give us the help with energy bills?  The government.

With out last Prime Minister lasting as long as 45 days it seems even the government don’t know what to do.

What Happened to The £

The value of the pound falling to its lowest level ever against the US dollar due to Liz Truss decisions when in power.

This has a huge knock on effect forcing the bank of England to intervene and raise interest rates, even more than it was planning.

Shooting up the interest on mortgages, where many people wont even be able to afford.

This effects everyone, even if you already have a mortgage.

I have a friend who rents a property, the property has a mortgage on it.

Recently they has to renew their mortgage, this would cost them and extra £200 on the mortgage payments.

The options they has was to increase the rent of the tenants, passing on the burden of the interest increase or pay the mortgage off.

Which will add to them also needing help with energy bills.

There will be some people who haven’t got option one.

Therefore have to increase the rent £200.

So for a family who is renting, maybe trying to save to be able to afford to get their own mortgage – this pushes them back even further!

You can exactly go to your employer and say – my rents gone up, can I have a rise to cover it?

Even if you had a nice boss that would give you that rise, can they afford it?

Its Not Only People Who Need Help With Energy Bills

The fuel prices that are sky high, along with the energy prices.

If you think of builders. The cost of materials went up a few years ago, they never came back down.

This put the cost of work up builders did for the customer.

With how scared people are with the way the economy is, many people are deciding to put the building work on hold.

Then the small business owners who have purchased equipment cant afford to keep up the payments – so sell it.

This makes it harder to keep the business going.

In the end the business closes, the owner has no choice but to claim benefits from the government.

All this is from the decisions of a Prime Minister of 45 days!

I’m interested to see how we can climb out of this hole the UK is in.

Lets move on to the US.

The inflation in the US is the highest its been in 40 years!?

With gas prices and food prices in the supermarket shooting up.

Along with the same reasons in the UK.

The global pandemic and The war in Ukraine.

Again who is to blame?

This is a split opinion in the US between governments, However with Biden being in power, its where it all leads back to.

Among the rising inflation Biden is insisting that the US economy is stronger then ever!!!

Pure example of burying your head in the sand and pretending everything is ok.

When in reality its crumbling at your feet.

The US being 40 times bigger then UK, I think the problems are on a larger scale.

Yes the UK economy is on the brink of collapse but until it does, our government will continue to give everyone (including refugees from other counties) money to help support them.

That money may get printed from thin air and they may say you have to pay it back in the future.

If there is no government to pay it back to, why would you care!

That’s 2 of the biggest countries in the western world in trouble.

Not Just  The Western World Need Help With Energy Bills

What about the rest of the world? Say China?

In 2 decades China grew from a third world country to coming close to be the worlds super power.

Chinas wealth is led mainly by the property market. The government gave crazy loans to building companies to be able to construct affordable housing for the Chinese community.

This took off massively, and in true Chinese style the building contractors expanded rapidly.

To keep up with demand the building companies were able to sell a property even before it was build.

Because the demand was so high, a lot of the Chinese people put there hard earned savings into a second home.

Building developers were taking advantage of the system and using the money from an unfinished project to fund the start of a new one.

This is where they got too big for their boots, with not enough people buying the pre sale property’s.

Developers had to barrow money from the banks to keep the projects going.

It Was Destined To Fail

The building developers also took payments from investors of China. As any investment, they needed to pay profit.

When the developers got into trouble, the investors were the first to notice.

The people who had taken out mortgages to buy a property from the building developers stopped their payment to the bank.

This has a huge effect on the moral of the Chinese people.

Among the youth of China, a movement has been created Bai Lan – translated is “Let It Rot”.

These people have completely given up on the system and do the bare minimum to get by.

They see no benefits to climbing the corporate ladder or investing in a property that never gets built.

This is still happening today in 2022 along with the empty property’s that could house everyone in the UK.

In some ways looking at the Chinese economy makes me think things aren’t as bad as I thought in the UK.

However the UK, US and China all have one thing in common. It’s the governments fault they are in this situation.

The worlds a mess right now, being employed in any county seems to be a waste of time.

Then don’t be employed. Prepare yourself for the future wherever you live.

Create an income online where you can take advantage of every economy in the world.

Take a look around at different opportunities online and if your still stuck.

Reach out send me a message.

I love a challenge and I’m here to help