How Can A 36 Year Old Car, Sell For Over Half a Million.

Half a million ford escort – Not gold plated, not silver plated – Standard ford escort as the day it was bought with under 30000 miles on the clock.?

Ok so you may be thinking, there’s some sort of catch.

Of course there is, but not the sort of catch that you would expect to value a car bought for around 10k in 1985 to be able to sell at an auction for 670 thousand pound!

Any other 1985 ford escort of the same spec would be valued more then the price its bought for.

Of course – it’s a classic

Classic cars are making some good money these days.

But this particular 1985 Ford Escort RS Turbo came with a story.

A story that can never the replicated ever again.

This story made the value of the car 20 x more than all the others. 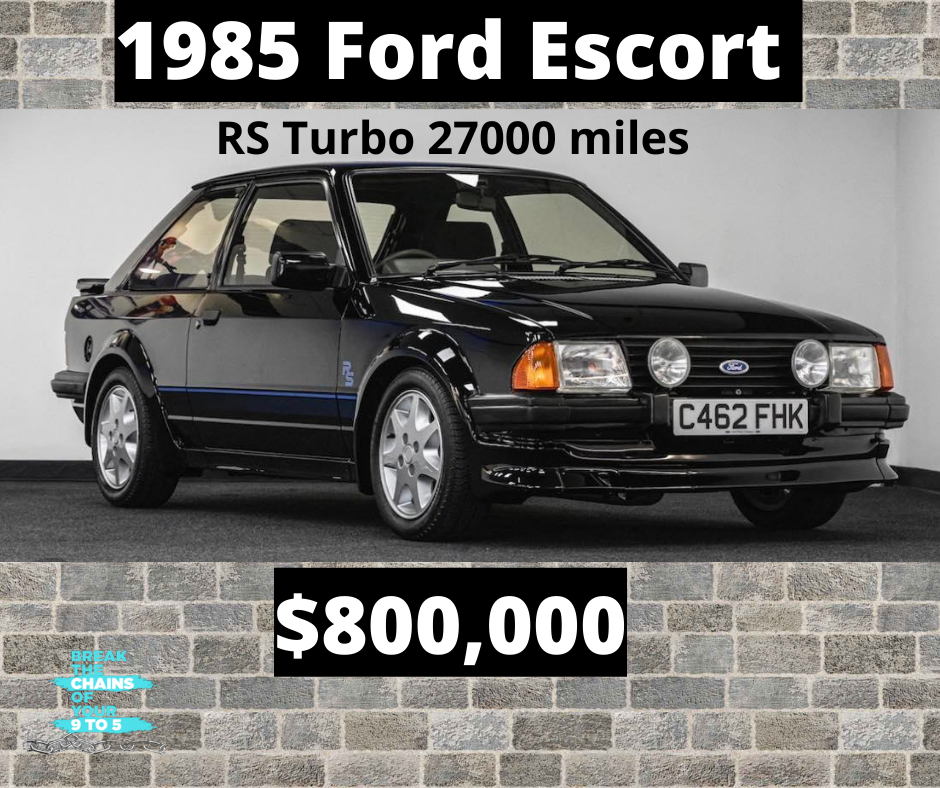 What Made This A Half A Million Ford Escort?

The car was bought and owned by Diana Princess Of Wales.

Dianna was married in the royal family in the UK, but the story didn’t end there.

There are a number of conspiracies around the death of Princess Diana.

I think this is what increased the value of the car.

I think a lot can be learnt from this as someone who is selling products online.

Although to many people the Ford Escort is worth 32k the same as the rest, when you have a story behind a product the value of it can increase dramatically.

I offer a book to people wanting to start a business online.

When they have no idea where to start or what to do, this book goes into detail of the steps needed to set up and grow a business today.

It gets you to question why you want to change your current situation and figure out the reasons you want to start your own business.

These questions you want to ask yourself at the beginning of a new journey, rather than half way through, then finding out your on the wrong path altogether.

There Is Hidden Value

Many people don’t see the value in this book and pass up on the opportunity of reading it because they are only interested in learning how to make money fast.

Then in the long run it fades away and your making nothing at all.

For the people who do read the book and take action on the lessons taught, they end up starting to build a business with foundations.

Foundations that will keep growing their business bigger and better over time.

I myself invested in reading this $7 book, for a year later to generate $6000 with my online business.

Not everyone see the value of an investment. The person who bought Princess Diana Ford Escort saw the value of the car, as there were other bidders pushing the price to over half a million.

I’m confident to say that, the princess Diana Ford Escort will only go up in value over time.

Even though the book I’m talking about helped me make over $6000 online, its still for sale for $7.

Give it a read and let me know how its helps you.