Breaking The Chains From Your 9 to 5 Can Be Fun.?

Working online and meeting new people every day is exciting when breaking the chains of your 9 to 5.

But coming from a career where I used my hands every day to build things and do manual labor.

I will be honest I miss it a bit.

Back in 2020 when the pandemic hit and we were all forced to stay at home I started to buy motorbikes from the internet.

Give them a clean up with the jet wash and resell them for a profit.

As my hobby is motorbikes and motocross I decided to get a bike to do up in the garage, just for something to do.

There is a new phrase on the vehicle market – “ Covid price”

This is where since the pandemic the price of vehicles has shot up and everyone wants stupid money things.

The idea of getting a bike to do up was not going to happen. Not unless I wanted to loss money doing so.

Once I get an idea into me head, I like to try my best.

So I began to think……

Where can I get a bargain on a motorbike to clean up and sell on?? 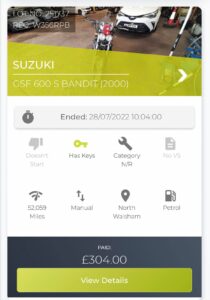 The website sold all sorts of vehicles that have been seized by the police and put to auction.

This was going to be a bit of a gamble.

If I bid on a bike and it didn’t run, then I could spend hours and a lot of money getting the bike running.

No Risk – No Reward

That’s what I told myself, so I decided to bid on some of the bikes.

This bike was a Suzuki Bandit 1250cc. Lovely bike but covered in dust and it had some slight damage.

Saying that, if the bike was up and running and legal to go on the road they were selling for around £2500.

I could make this work.

I later found out that I had to drive 100 miles to pick the bike up, Maybe should have looked at that first. But I have a van so it wasn’t a big deal.

So I picked the bike up and took it home to clean it up.

Like I said – with no keys and being stolen and recovered it was a gamble.

That gamble paid off – it only ran, not only that, but sounded fantastic.

I took some simple photos with my phone and put it up for sale on Facebook the same day. 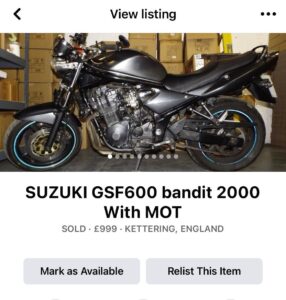 If you have ever sold anything on Facebook market place, you always get stupid offers which I just ignored.

He came round to take a look and bought the bike.

I made 25% on my investment with that bike. That’s a pretty good return for a couple of days.

I can easily see how this can be made into a business. So much so I have bought 3 more bikes from the same website.

The only problem is that with every bike I buy, I really want to keep.

As my Mrs. says – you can only ride one bike at a time and I already own 2. 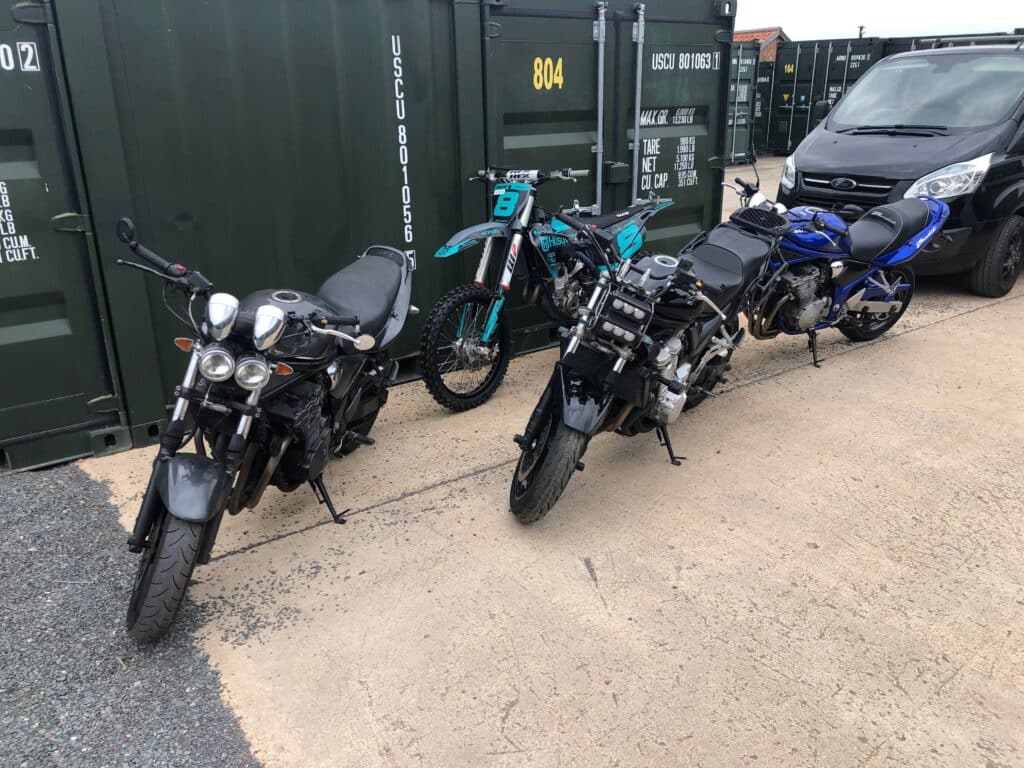 This is a story of a simple idea that can be made into a business where you can become your own boss and break the chains to your 9 to 5 by doing something you enjoy.

These types of ideas come to me all the time.

I’m going to start documenting these ideas. Just to show how easy it can be to be your own boss and work for yourself.

So stay tuned to the podcast, who knows one of these ideas could help you break the chains to your 9 to 5.

Tags:9to5, break the chains of your 9 to 5, Breaking The Chains, flipping bikes, marketing, motobikes, selling