How To Make Money From Your Skills Online

Every skill in the world can be turned into an online skill.

We all have skills, you might not think so but I can guarantee there’s some sort of skill you can make money from on the internet, inside your head and transform that skill online.

I started to stick a go pro on my head when I went out to motocross tracks with my friends.

I put the videos on you tube so everyone could see them. A year later that channel was monetized and started to make money.

It wasn’t my plan to begin with – but it worked out well.

Now I make a bit more of an effort with the videos.

It doesn’t have to be complicated, where you become an online life coach or run masterclass every week either.

You can turn the skills that you have, which at the moment you probably call a hobby into actual  business.

5 Examples Of People Making Money From Their Skills

I’m goanna pick 5 at random to help me explain.

12 years old young girl! I heard about her because my niece was a huge fan.

This young girl started a you tube channel, without watching all the videos it looks like its about things that young girls or her are interested in. 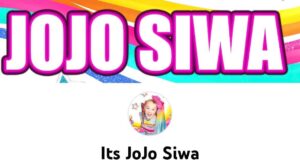 She is basically having fun and making videos about it.

Then she got clever. JoJo started to wear a trademark bow in her hair.

Every video she had a different bow.

When I say Bow, these were over the top big bows that go in your hair.

But every fan of JOJO bow wanted one. My niece had the whole collection.

Today her channel has over 12 million subscribers!

I had to watch her latest video, obviously for research for this, but she is 100% still having fun.

Some Can Seem Crazy!?

Cooking with dog, no its not dishes you can make with a dog, its an actual woman cooking food with her dog on the counter.

The Dog named Francis who is the actual host of the channel narrates the cooking in English, as the channel is made in Japan. 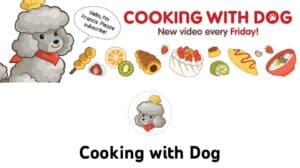 With over 1.6million subscribers on you tube and a whole catalog of merchandise for sale. That channel does pretty well.

Spenser Meacham used to work for a company in computers as an employee.

He had the skills but was doing all the work for someone else.

After starting his own business online when working his 9 to 5 job he eventually quit working for someone else to become his own boss.

Then that business has just got bigger and better over time.

With his own training course and 2 x huge YouTube channels that also make him an income.

Spenser has built a business where he is able to take a month off and still be able to earn an income.

How do I know so much about Spenser? 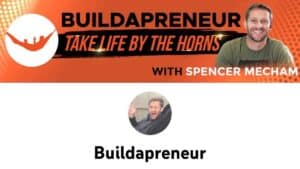 Well I was lucky enough to have him on the podcast and ask him just how he did it.

That would be a good interview to watch if your looking to start something online.

You Can Even Change Your Hobby Into An Online Skill

It may be growing vegetables or even flowers in the garden.

There is a lady that has built a business around that.

In the area I live there are around 8 different garden center’s, so you know there is a call for how to look after your garden all over the world. 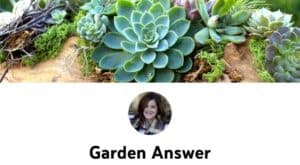 The brand that they have created called Garden Answer has a huge following on all platforms.

I would imagine they have grown that over time.

With also having a website to gardening gear, jam packed with …..

So not only does Garden Answer get an income from the 1.6 million followers on you tube, that also have other revenues of income too.

If you think about it the protentional of this bran is endless.

All from doing something they love.

My Hobby Now Makes Me Money

Since quitting being an electrician I have taken up motocross riding.

I go with a group of friend and started to put a go pro on my helmet.

Originally it was just for fun to see each other on the bikes and show the rest of out friends of didn’t make it to that day. 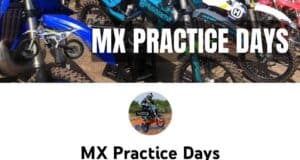 Well after uploading for around a year or so I became monetized on YT with other 1000 follower.

At the moment I don’t make a huge amount from the videos I put on YT but this will grow over time.

This will open up other opportunities too with sponsorship and affiliate products.

So you don’t have to be stuck in that job you hate.

If you wake up every morning thinking – I really cant be asked today.

Start to invest some of your time into something that could help you quit.

Just start with a small idea and let it grow, that’s how most successful business are formed.

If you have an idea and would like to get others opinion – come post that idea in my private community  Break The Chains.

After all 2 minds are better than 1.